Commandos has the unique ability to make Stalkers visible to your teammates. Commandos also display the health bars above injured ZEDs, allowing them to prioritize the targets and know when a particularly dangerous ZED is on the ropes. Both these abilities have a limited range, but it increases with each level the Commandos gain.

In addition to providing valuable information to your team, Commandos are the masters of assault rifles, allowing them to deal with most weaker ZEDs handily.

Commando skill choices let them focus on either being a man-of-war of the team through the improved weapon handling, better damage and increased health and armor or on representing a bulletstorm-emitting machine gunner -esque type of the player that delivers a ton of stopping power thanks to extrended magazines and better stumbling capabilities.

Commandos receive bonus XP for for killing Stalkers with on-perk weapons weapons and also for assisting in Stalker kills by revealing them with passive Call Out skill. 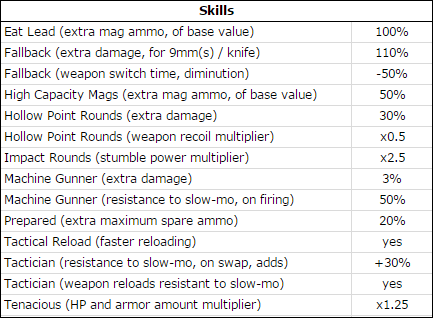 Conserve your ammo: at early ways use the advantage of Fallback skill to one-shot-kill small ZEDs and save yourself some rifle ammo.

Stay close to your team: keep in mind that you reveal cloaked ZEDs within a limited range - staying too far away from your team will not allow them to see these sneaky Stalkers.

Although it recommended to stick up for killing small ZEDs, the skilled Commando can also take down Scrakes. For that before engaging make sure you have both of your rifles reloaded. Use the advantage of Fallback skill to switch between them faster or utilize extra stumble power of Impact Rounds to create extra space between you and Scrake. But don't forget the most important thing - aim to the head!

HMTech-401 Assault Rifle has its niche in arsenal of every Commando. Not it just does as much damage as AK-12 but also lets you heal your teammates.

M16 Assault Rifle is quite efficient in hands of Commando. It gets all the damage bonuses Commando has not just for bullets but also to grenades. Give it a shot!