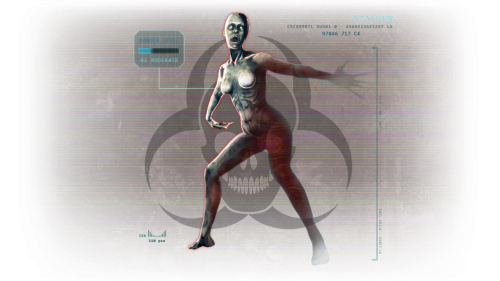 The Stalker is a zed equipped with a cloaking device that makes it difficult to see when approaching. It is accompanied by eerie whispers in the players ear and a slight shimmer effect that allows for players with sharp eyes to see and dispatch it. The Stalker has low health but is considered to be of moderate threat to players due to its light but frequent melee attacks, cloaking device, and speed. If allowed to close distance with the player, its variety of flip attacks can make it more difficult to hit at close range than some other specimen and due to its speed should be dealt with sooner rather than later.

Stalkers are an odd bunch to kill. If you can catch a glimpse of their shimmer, a well placed headshot is enough to take them normally. If they close within range to attack you, a headshot is often not an option given their spinning/flipping attack pattern. Should this happen, aim center mass and let their low HP work for you.