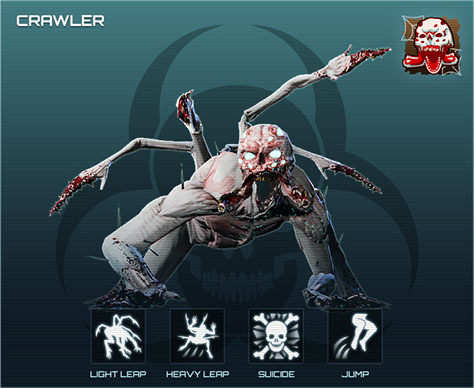 Due to Game Conductor mechanics, player-controlled Crawlers have their health modified based on the average level of the Survivor team. Values vary within (x0.85 - x2) range.