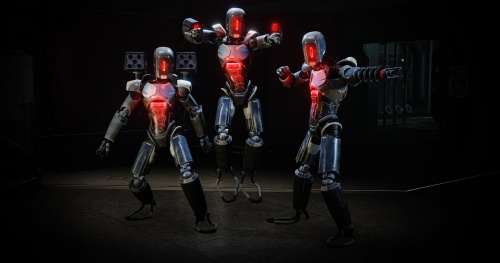 The E.D.A.R (Elite Defense & Assault Robot) is an uncommon type of enemy in Killing Floor 2 and the first enemy type to be completely robotic. E.D.A.Rs come with three distinct variants - Bombers utilize shoulder-mounted rocket launchers, Blasters rapidly shoot fast moving medium damage projectiles out of the pair of blasters attached to their wrists and Trappers are unqiue for being able to catch and immobilize players for a short period of time within a certain vicinity. E.D.A.R's visual appearance is based on the playable D.A.R character.

E.D.A.R's head and torso is protected by two pieces of armor that act like a second health pool. E.D.A.R's chest core is an extremely vulnerable zone - it takes 250% more damage when shot at but causes an EMP explosion when destroyed, damaging and incapacitating nearby ZEDs and killing E.D.A.R instantly. 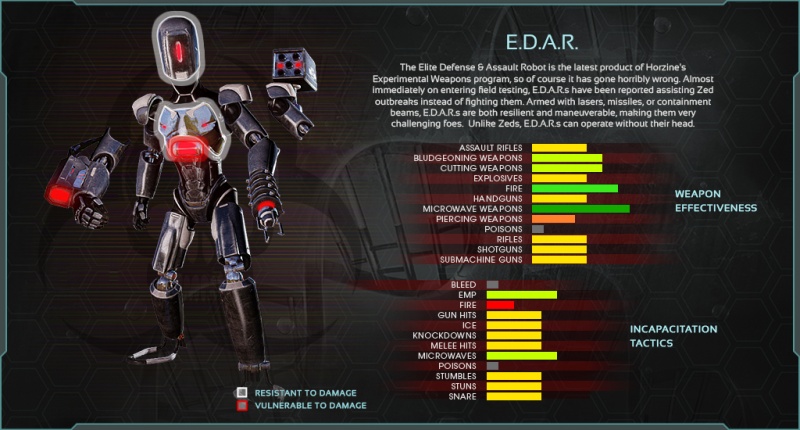