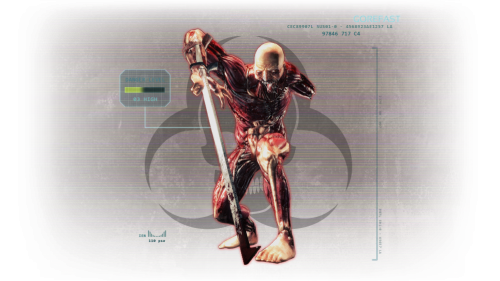 The Gorefast is a slow moving zed when not sprinting but gains considerable move speed if allowed to begin. The Gorefast attempts to close distance with the player until within a certain range and will then sprint toward the player while swinging his sword arm. Once within melee distance he begins to swing at the player with the whole of his body, making head shots much harder. He is considered to be of high threat to players due to his high potential move speed, decent damage output, and the fact they often come in packs. If given a chance, their damage output and speed can overwhelm a player who is caught off-guard or reloading and should be dealt with quickly.

Attempt to fire on these before they get into melee range as they become difficult to headshot due to full body pivots while melee attacking. They have low health, but not low enough that you can always guarantee body shot damage will be enough to take out a pack of them before you run out of ammo in your magazine. This can spell death if you still have a couple of them up while you're reloading. Kill early and swiftly to ensure a long and healthy life.