Welcome to the Tripwire Interactive Wiki

This wiki is here to be a helpful tool to the various Tripwire Interactive game communties as a centralized location to find out information about the games that they enjoy. It also will hopefully serve as a repository of information to modders, so they may never have to search through a forum for obscure information again. 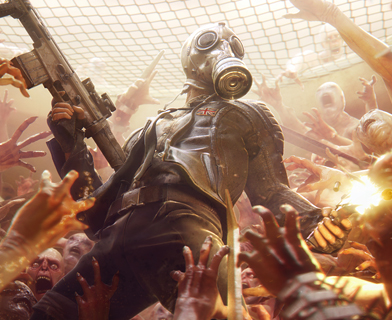 Our roots are in the original Red Orchestra mod team, that came together back in 2002 (or possibly even earlier, but no-one can remember back that far). The team was originally trying to build a single-player total conversion mod, based around the Red Orchestra, run by the Soviets in Germany during World War II. It didn’t take that long to realize that a full single-player game would be a massive undertaking and so the attention shifted to making it a multi-player mod instead, still based on the Eastern Front. There were a couple of changes of engine before the team settled on Unreal, late 2002/early 2003. The mod focused on being realistic, bringing an authentic feel to the combat that we couldn’t find in any of the game around at the time and going for the dark, gritty style of the Eastern Front.

In 2003, the decision was taken to enter the new “$1,000,000 Make Something Unreal” (MSU) contest. We skipped the first phase, feeling we weren’t ready – then won Phase 2, Phase 3, Phase 4 and the Grand Final (as well as a few other prizes) over the period up to January 2005, when the final results were announced. During that time the mod garnered many awards, lots of press attention and, most importantly, a large number of loyal fans. We always worked in the mod style of putting our work out there for people to try, then listening to the feedback on the forums and reacting to it in the next iteration. The prize for the Grand Final was $50,000 in cash, split across the team of 20+ (and the IRS) and an Unreal Engine license.

By that time, the leadership of the mod had changed and morphed many times, as mods do. The four leads at the time (Bill “Zerisus” Munk, John “Ramm-jaeger” Gibson, Alan “wilsonam” Wilson and Ingmar “Sasquatch” Spit) discussed and decided that the thing to do was to set up the company and try and take the mod commercial. We picked Roswell, Georgia (just north of Atlanta) as our base, from a choice of Roswell, Baltimore, London (the one in England) and Amsterdam, found a small office on the second floor of a church and set up with 3 people in it. Shortly after, David (“Sanzliot”) Hensley moved down from New York to join the team, having been one of the key contributors to the mod for years, giving up his (paid) job to do so.

After a period of attempting to engage with the major publishers in a fashion we could live with, we gave that up as a bad idea. Around May 2005, John picked up the phone and called Valve, asking if they had thought about using Steam to distribute third party titles. They said they’d just been discussing it, had heard of the mod – and the deal for Steam distribution of Red Orchestra was signed shortly afterwards. With that in place, we only had to round up the cash to finish the game… Many of the mod team members jumped on board to help out on the production run. A deal was signed later in the year for global retail distribution of the game. Red Orchestra: Ostfront 41-45 was finally released over Steam in March 2006, famously covering all the development costs and debts by the end of Day One of sales. The game went on to became a cult hit, selling over 600,000 units and gaining quite a few awards. We pushed out a ton of free content for the game over a three year period, as well as putting some of the best mods for RO out through Steam.

2008 turned out to be a year of ups and downs for Tripwire Interactive. At the start of the year, Ingmar had to step down for health reasons (he still works with us as a Level Designer) and we asked David Hensley to replace him as an owner and board member. Later in the year, Alex Quick approached us about a small mod he was working on, wondering if he could port it from UT2004 to RO and release it as an RO mod over Steam. John did a test port one weekend and he and Alan spent most of the following Monday playing the mod, having all together too much fun for it to be called “work”. A very quick decision was made, followed by some quick negotiations – and we brought the mod in-house, to work up into a full retail release. Alex’s team of 3 worked hard on it with us – and Killing Floor was released in May 2009 on Steam and in stores around the world (with help from Iceberg), to mediocre critical response (72 on Metacritic) – and huge user acclaim (88 on Metacritic).

Again, we have produced a bunch of free content for Killing Floor, including numerous special events at Christmas, Halloween and in the Summer. We also introduced DLC character packs for some fun. The game has since gone on to sell over 1.2 million units on PC (as of March 2012) – and still counting. By our reckoning, this puts the game in the Top 100 Sellers of all time on PC, which is an incredible achievement for a small development studio that is entirely self-funded. We’ll go with the user ratings on this one!

With the release of KF, we decided to be our own publisher. While it created a number of new challenges for us, it meant that we controlled our own destiny even more directly. With KF on the move, we were talking to the ACE Team, based in Santiago, Chile, who had been struggling to find a publisher for their brilliant (and fairly mad) “Zeno Clash”. So we stepped in and acted as the publisher for them in the US and Canada. With that under our belt, we acted as the global publisher for one of the winners in the next MSU contest – Teotl’s “The Ball”. This was launched over Steam in October 2010, picking up its share of awards, as well as being released in stores across the world. The Ball will also be available on mobile devices soon. Following on from this, we picked up “Dwarfs?!”, that started out as a student project we saw in Sweden, produced by 2 guys (Power of 2) and released it over Steam.

While publishing isn’t our main line of business (we are game developers at heart), we will continue to use the business networks and expertise we gain publishing our own titles to help other small companies move forward.

With all that going on, we actually started work on Red Orchestra 2: Heroes of Stalingrad back in 2007, taking a break for KF 2008/9. RO2 was the next in the sequence that started way back in 2003 with the RO mod. RO2 was released in September 2011, winning its own awards, including PC Gamer’s “FPS of the Year 2011 (Multiplayer)”. Since launch, we have provided our usual support, leading up to the release of a large update (including an “RO Classic” mode for the hardcore RO faithful) in the spring of 2012.

As of March 2012, we are 25 people strong, profitable, moving to shiny new office space and recruiting. We continue to support Killing Floor and RO2 with updates, new content